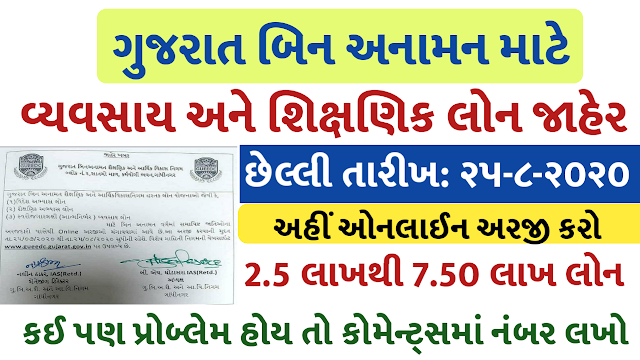 Gujarat Govt. announces 8 schemes for students and young entrepreneurs from economically backward sections of general category communities who do not get benefit of reservations. The state currently has 49.5% reservation (7.5% for SC, 15% for ST and 27% for OBCs). In 1992, the honorable Supreme Court has set the maximum limit of all types of reservation at 50%. Here check the complete list of 8 schemes for General (Unreserved Category) people in Gujarat 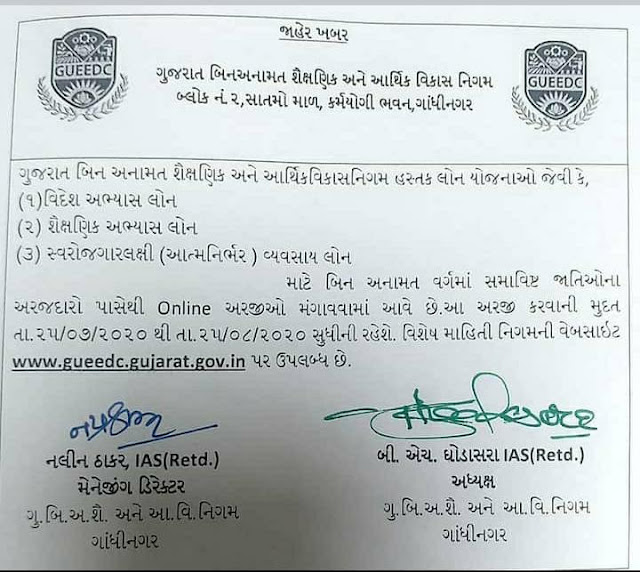 The Gujarat Government today announced various schemes for students and young entrepreneurs from economically backward sections of general category communities who do not get benefit of reservations. (List 8 Schemes General Unreserved Category Gujarat)

To qualify for 'economically backward' category, the person's family income should not exceed Rs 3 lakh per annum.

The schemes were devised by the Gujarat Unreserved Educational and Economical Development Corporation (GUEEDC), set up by the BJP government in the state this year in the wake of Patidar quota agitation.

General information about the schemes

For development of unreserved categories – All these schemes have been designed and developed for the betterment of Gujarat residents that fall in general categories.

Total number of beneficiaries – With the implementation of these projects, the Gujarat government will be able to offer financial assistance to as many as 1.5 crore people. These individuals do not come under any form of reservation.

Number of castes included – It has been mentioned that state government will include 58 castes. These don’t fall under any reservation category. With the implementation of these projects, even unreserved applicants will attain financial benefits.

Gujarat currently has 49.5% reservation, including 7.5% for Scheduled Castes, 15% for Scheduled Tribes and 27% for OBCs. In 1992, the Supreme Court set a ceiling of 50% for all types of reservations, while ruling that the Mandal Commission’s recommendation giving reservations to OBCs was constitutionally valid. 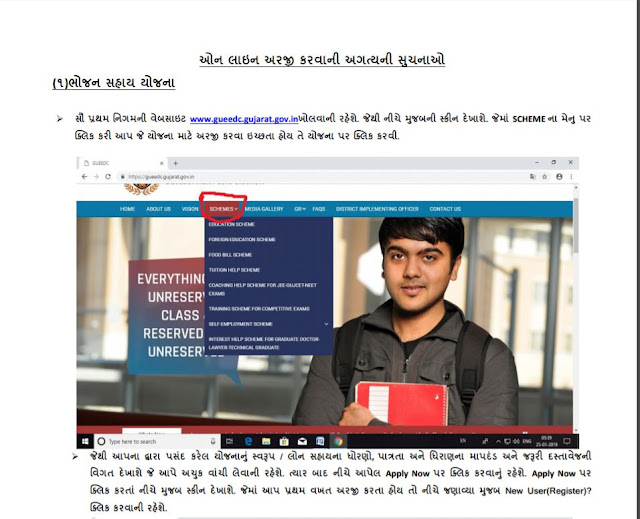 The schemes unveiled on Friday include the Educational Studies Scheme, the Foreign Studies Scheme and a scheme to create self employment, among others.
Step 2: Online Application System : Click here


How to Apply for General (Unreserved) Category Loan Schemes are Below:

About 1.5 crore of Gujarat’s total 6.5 crore population do not avail any jobs or education-related government benefits and these schemes will cover a large number of them, according to Deputy Chief Minister Nitin Patel. Earlier this year, the state government had made a budgetary provision of ₹ 600 crore for the Gujarat Unreserved Educational & Economical Development Corporation to implement these schemes.

About Us
To carry on various activities for overall development of community belonging to unreserved class by way of education, economic development and their social development in the State of Gujarat (except community belonging to scheduled tribe, scheduled caste, socially and economically backward class and their dependents and in accordance with the guidelines or schemes prescribed by the Central Government or by the State Government, either individually or in groups, whether directly or through some agency, in collaboration with the Ministries or Departments of the State/Central Government or such other Financial Institutions under relevant programs for economically and financially viable Schemes and Projects;
News Yojna