PM Modi told sarpanches, now mapping of villages will be done by drone

- April 25, 2020
This year the program has come under lockdown time period.

PM Modi told sarpanches, now mapping of villages will be done by drone 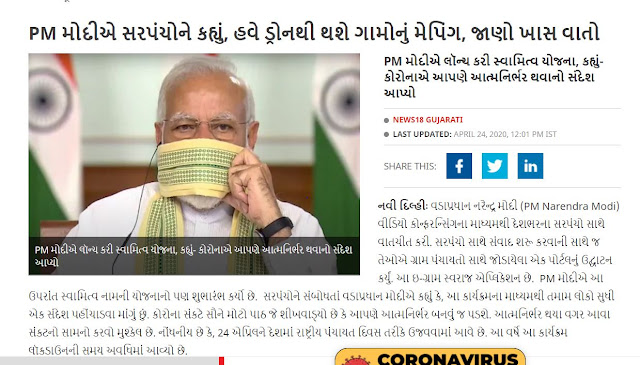 – Addressing the sarpanches, PM Modi said that today the government has provided broadband to more than one and a half lakh panchayats. Common service centers have been reached in the villages. Today, mobile has reached every village. – E-Gram Swaraj is a step towards digitization of all Gram Panchayats. This will increase transparency in gram panchayats and make it easier to keep records.

– Land dispute in the village can also be resolved with e-Gram Swaraj’s Swamitav Yojana. It will be used to map the land by drone. There will be many benefits from the ownership scheme.

– Prime Minister Narendra Modi said that the way we all work has changed a lot. Earlier we used to do a program face to face. But today the same program has to be done through video conferencing. I welcome everyone who joins the program today.

During the interaction with the sarpanches, the Prime Minister said, “Go to all the sarpanch websites and find out about the winning sarpanches, why they were selected and try to follow their ideals.”

– PM Modi said that from the crisis of Koro we have learned from experience that now we have to become self-reliant. It becomes difficult to face such crises without becoming self-reliant.
– The Prime Minister further said that the crisis of Koro has shown that the people living in the villages of the country, meanwhile, have witnessed their own rites, the teaching of their own traditions. The updates that are coming from the village are also inspiring for the great scholars.
News 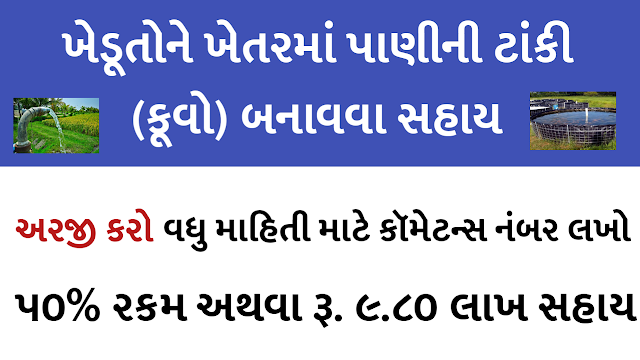 Water tanks Sahay Yojana Online and Offline Apply 2020 ( ikhedut portal Online application)  The government is striving to enable the farmers of the state to get higher production of agricultural crops and become economically prosperous.  However, unseasonal rains, hurricanes, heavy rains and other factors adversely affect the quality of the crop after its production, due to which the farmer cannot get adequate compensation for his labor. To help build community base underground tanks for water from Ketu to increase, increase quality production and increase social harmony among farmers, the farmer can reap the rewards of his hard work and avoid adverse effects on crop productivity and product quality.  For the new matter of giving Rs. Proposal made by letter No. (1) read by the Director of Agriculture for administrative sanction of Rs.  Under consideration, Karav: Budget provision under the new matter in the year 2020-21 for a scheme to assist adult consideratio
Read more